The bottom line in all this, however, underscores the employers’ need to protect workers’ hearing. Despite the growing awareness of hearing loss and increased efforts to combat it, the incidence of noise induced hearing loss among industrial workers — food processing and otherwise — continues to rise. A recent National Health Interview Survey showed that hearing problems among individuals aged 45-64 years have risen 26% over the past 30 years. This means safety professionals need to not only take into account traditional Noise Reduction Ratings (NRR) in providing protective hearing protection but to also consider the human factor which undermines hearing conservation efforts.

Wildland fire fighters often have extreme exposures to many physical agents and occupational hazards [Britton et al., 2013]. Similar to other high-risk occupations, research efforts and occupational safety and health programs have historically focused on identifying and preventing acute injuries and exposures, but less emphasis has been placed on research and prevention programs relating to chronic diseases or injuries such as occupational noise-induced hearing loss.

Although noise exposures and hearing loss among structural fire fighters have been well studied [Hong et al., 2008] and documented [National Institute for Occupational Safety and Health (NIOSH), 2013), wildland fire fighters have not received the same attention, nor have their noise exposures been empirically researched and studied. Wildland fire fighters may be repeatedly exposed to known sources of noise including chainsaws, aircraft, wood chippers, audio equipment, portable pumps and engine pumps, heavy equipment (e.g., bulldozers), and ambient noise from the wildfire itself.

In an effort to address noise exposures within this population, the United States Forest Service, Technology, and Development Program, in partnership with NIOSH, conducted a 3-year study to assess wildland fire fighters’ noise exposures during training and fire suppression tasks and to identify which jobs put these fire fighters at increased risk for NIHL. A recently published paper by USDA and NIOSH researchers on wildland fire fighters [Broyles et al., 2016] in the Journal of the Acoustical Society of America reports on the initial results from the study, characterizes the most hazardous noise sources and job tasks based on personal dosimetry measurements, and provides specific and practical recommendations for protecting the hearing health of these fire fighters.

Noise exposure measurements were collected at 10 different fire locations during the 2014–2015 fire seasons. A total of 174 full-shift personal noise dosimetry measurements were conducted on 156 fire fighters in 14 different wildland fire fighting job categories. Overall, 85 of the 174 measurements were above the NIOSH maximum allowable daily dose.  Almost all masticator/chipper operators, pilots, pump operators, leaf blowers, sawyers and swampers, and bulldozer operators had TWAs that exceeded the NIOSH  recommended exposure level (REL) of 85 dBA (masticators/chippers TWAs reaching 105 dBA, sawyers and swampers TWAs reaching 106 dBA, and bulldozer operator TWAs reaching 112 dBA).  Fire fighters exposed to TWA of 105–106 dBA would exceed their maximum daily limit in just 4–5 minutes.  At 112 dBA, a bulldozer operator exceeded 100% noise dose in 56 seconds.  Bulldozer operators received the highest possible daily noise dose, some exceeding the OSHA maximum daily dose by 20-fold and the NIOSH maximum daily dose by 500-fold. It is interesting to note that four of the bulldozer operators had TWAs well below the NIOSH REL, most likely because they operated in a closed or environmental cabs which isolated the bulldozer operator from much of the noise generated from the heavy equipment.  Figure 2 contains the percentage of fire fighters’ personal dosimetry measurements that exceeded the NIOSH REL or the OSHA permissible exposure level (PEL) based on their specific activities or tasks.

George Broyles is a Fire and Fuels Project Leader with the Technology and Development Program, USDA Forest Service.

LCDR Corey Butler is an Occupational Safety and Health Specialist with the NIOSH Western States Division.

CAPT Chuck  Kardous is a senior research engineer with the NIOSH Division of Applied Research and Technology. 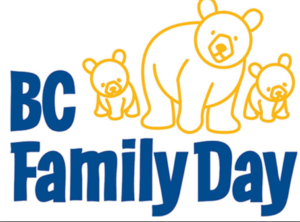 From all of us at Custom Protect Ear, Have Fun and Be Safe on BC Day
We hope you have a wonderful and safe holiday. And don’t forget – Protect your hearing!