In the 1984 film “This Is Spinal Tap”, Nigel Tufnel (played by Christopher Guest) famously turns him amplifiers all the way up to eleven. His attitude to music is that the volume is a big part of the sound, and louder is better.

Unfortunately for Nigel, listening to loud music for a long time can cause irreparable hearing loss. The solution seems simple: Just turn the volume down a bit. In reality, it’s not so straightforward. Two recent studies show how different cultural and technical practices indirectly affect how loud the music is that we’re listening to.

Music is only getting louder?

First, music itself has been gradually getting louder. Researchers in Canada studied a large collection of songs from the past nine decades to see how much the sound intensity of the music itself has changed per decade. They found  that a track by one of today’s artists is intrinsically louder than eighties hits, regardless of whether you’ve turned up the volume to eleven.

This increase doesn’t have anything to do with a change in music style over the years, but with the way that the tracks are recorded and edited. According to the study, audio engineering has changed over time, and as a result there are now fewer “quiet spots” within tracks. That means that the overall sound intensity of current music is a bit higher than that of older music. So yes, music has gotten louder over the years.

But this alone does not mean that these tracks are more likely to cause hearing damage. That also depends on how the listener controls the volume on their end. Ideally, you should probably turn the sound down just a bit when you’re listening to a louder song. Whether you do that, though, again depends on a lot of factors, as another recent study showed.

An international group of researchers wondered how young adults from different countries thought about loud music. They surveyed people between the ages of 18 and 25 in cities in the USA, UK, Portugal, India and Iran and asked them what came to mind when they thought about the concepts of “music” or “loud music”.

There found a lot of similarities between the different countries. Most people had generally positive associations with music, and associated it with memories, friends or aspects of a good quality of life. But when it came to “loud music”, negative associations started to take over.

Hearing problems was one of these negative connotations that people associated with loud music, but it came up more often in conversations with people from the UK, USA and Portugal than with the study participants in India or Iran. That doesn’t mean that people in those last two countries don’t know that loud music causes hearing loss – it just showed that it wasn’t the first thing on their mind when they thought about loud music.

Being aware of the link between loud music and hearing loss is in itself not enough to make the decision to protect your ears, but it’s a good start. An earlier study from researchers in Sweden and the USA found that young adults in Sweden were more likely to use ear plugs at a concert than Americans, even though both groups were aware of the dangers. They thought that in that case, the difference was that ear plugs had become more socially accepted in Sweden, thanks to a series of awareness campaigns. Not to mention that more and more musicians are seen wearing customized hearing protection (dB Blockers) to protect their hearing from loud piercing noises If everyone uses ear plugs, it’s less embarrassing to be wearing them.

So even if you already knew about the dangers of loud music, it’s worth repeating the message. And now that you also know that music is gradually getting inherently louder, maybe it’s time to turn the dial back down from eleven.

A growing number of workers wear hearing aids, such as behind-the-ear or in-canal models, that can’t be used with foam earplugs. What does OSHA allow, and what actually works to mask most noise but allow conversations with earplug-wearing co-workers?

Workers with hearing loss may have difficulty communicating over background noise, especially when they also must wear hearing protection. There are no specific regulations for this population, but these workers are subject to the same OSHA requirements as workers with normal hearing. OSHA does offer some guidance, suggesting that workers with hearing loss may benefit from hearing protection that is enhanced for better communication. 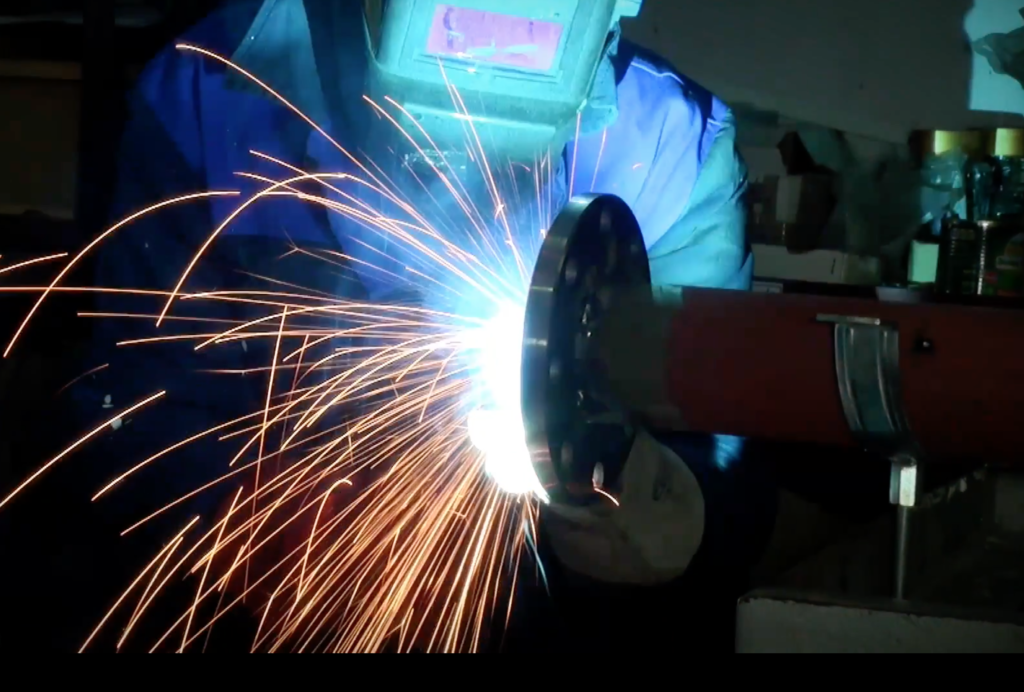 Active hearing protectors (also known as electronic earmuffs with sound amplification/high noise suppression) require a power source. Most are level-dependent, meaning they amplify low-level sounds while limiting high-level sounds so they don’t exceed a specified level (usually 82 dBA). These products have been shown to improve speech communication for individuals with hearing loss.1 Some active hearing protectors also incorporate communication features and can connect to other devices. This type of connection can benefit someone with hearing loss because the attenuation properties of the hearing protector will still limit the noise while transmitting only the wanted communication. 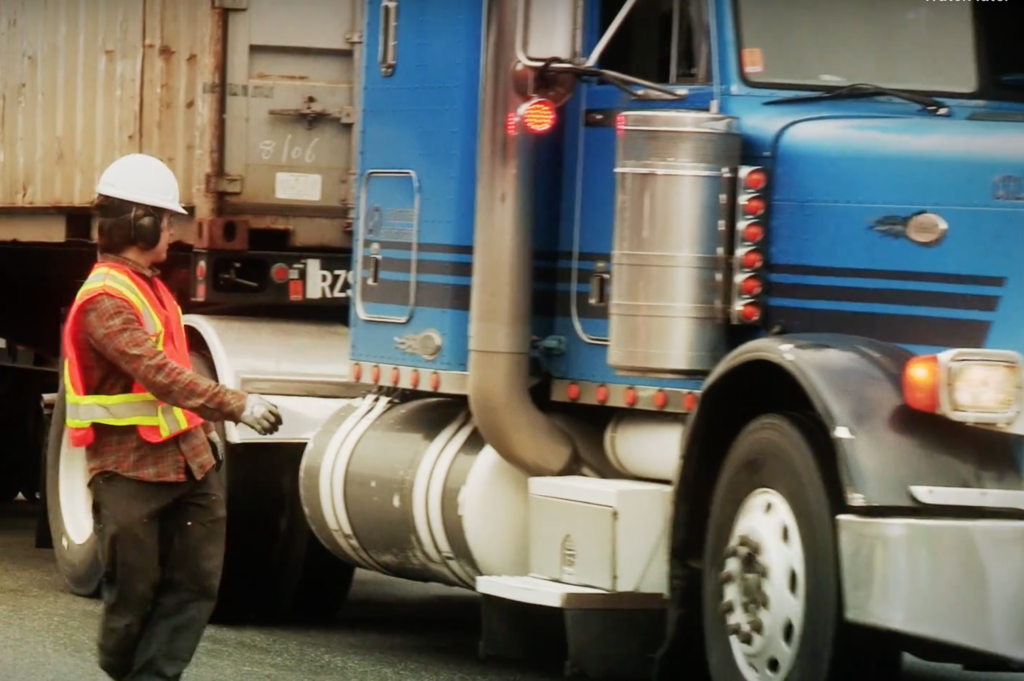 The use of hearings aids in noisy work settings should be approached with caution. Hearing aids should never be worn in noisy environments without the addition of a protective earmuff. Research shows that wearing a passive earmuff over a hearing aid can improve communication for workers with hearing loss, while maintaining safe noise exposure levels.2 Wearing a passive uniform-attenuation earmuff over hearing aids may offer even more improvement by transmitting more of those high-frequency speech sounds. Workers with hearing aids should see their audiologist to optimize the use of their hearing aids with an appropriate hearing protector.

Workers with hearing loss have unique communication needs, and their hearing protection should be tailored to their job demands, noise environment, hearing loss and individual preferences. Finding the right solution can help maintain communication, safety and satisfaction at work, while protecting the worker’s hearing.

After our eyes, the most important sensory organ is our ears, thus hearing loss has significant consequences. In most cases, hearing loss is age-related. However, it can also be triggered by loud noises or infections, or may be hereditary.

Hearing loss may occur very suddenly, although in most cases it is gradual, and so you only become aware of it as it progresses. Fortunately, in most cases impaired hearing can be improved, or even fully corrected, either by using a proper hearing protection device or by using a hearing aid.

Hearing loss rarely occurs all of a sudden. It usually develops gradually, over a long period of time – and is therefore imperceptible at first. This is because those affected gradually get used to the onset of hearing loss. Because the brain can compensate for the hearing deficiencies for a long time, there are few disadvantages in everyday life during the first phase.

But from a certain point, hearing loss can no longer be readily compensated for. Often, this is noticed by family and friends of the affected person long before they themselves realize they cannot hear normally. Hearing loss can have an impact on your daily life either socially and recreationally. With an already noisy world we have started to see hearing loss grow in the workplace as well. Solutions like a custom hearing protection device such as dB Blockers has grown in popularity amongst individuals and employers. Learn more.

Even those affected by hearing loss who know that they can no longer hear perfectly often still do nothing for a long time. Using the argument “It’s still OK!”, they put off a hearing test with an audiologist or ENT doctor. This is because being aware of your own hearing loss is one thing, but acknowledging it is not so easy.

The problem is that if you wait too long, you risk serious consequences. Researchers have found that after about seven years, our brains simply lose the ability to hear certain sounds.

If you can hear these sounds again with a hearing aid, they may no longer be correctly interpreted, and are therefore often perceived as excessively loud and unpleasant – even if it’s something as harmless as the rustling of leaves or a friendly conversation next door.

The following three questions may help you find out if you have hearing loss:

To Learn more about hearing loss contact your local Audiologist. Also check out our resources page.