Can you get the right answer if you ask the wrong question?

Common sense would dictate that asking how to get to the beach would seldom get you directions to the mountains.  Likewise, trying to solve the problem of Noise Induced Hearing Loss (NIHL) by fixing how people choose and put in their hearing protection might be only part of the answer. 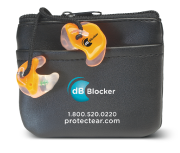 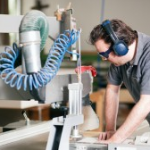 Our dB Blocker™ Sweet Tones Musicians earpieces are designed for musicians who want to hear sound without distortion but with less volume. If you are also concerned about hearing damage caused by regular use of earphones, we have your solution.

Love to Listen to Music with Ear Buds? 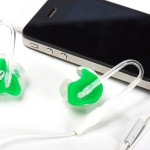 Custom Protect Ear can also pair up your high quality earphones or cell phone headset with a dB Blocker™ earpiece for a comfortable, slip-free fit that protects your hearing and eliminates background noise. A perfect fit for your music enjoyment!

OSHA announced yesterday that it is withdrawing its proposed noise interpretation that originally appeared in the Federal Register on October 19, 2010. OSHA had planned to insist companies with noise levels above 90 dB, engineer out the noise because hearing conservation programs are not working. They point to the fact that since 2004, 125,000 workers have had permanent damage to their hearing.  OSHA, after meeting with Senators Leiberman and Snowe, of the Senate Committee on Small Business and Entrepreneurship Sens. Snowe and Lieberman are also co-chairs of the Senate Task Force on Manufacturing.  Canadian regulations tend to follow the U.S. as these economies are closely linked.

So hearing protection labels are more misleading and no one will have to reduce the noise their factories make.  It was a tough year for workers in noise. Better toughen up your ears.